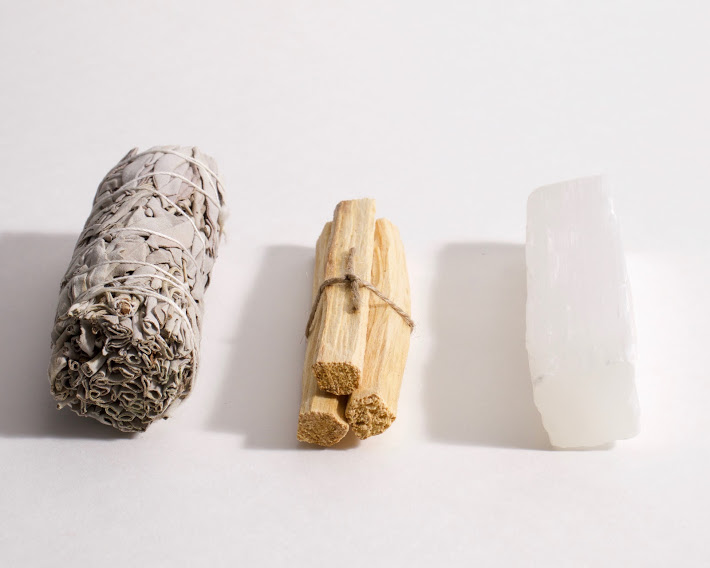 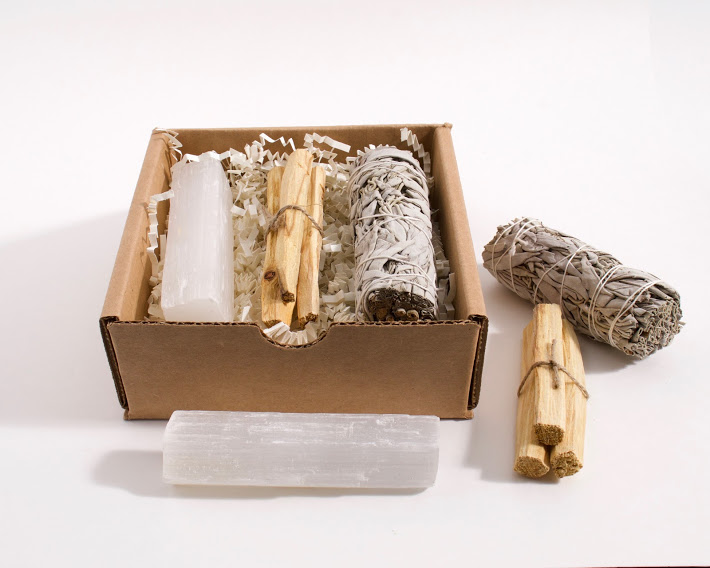 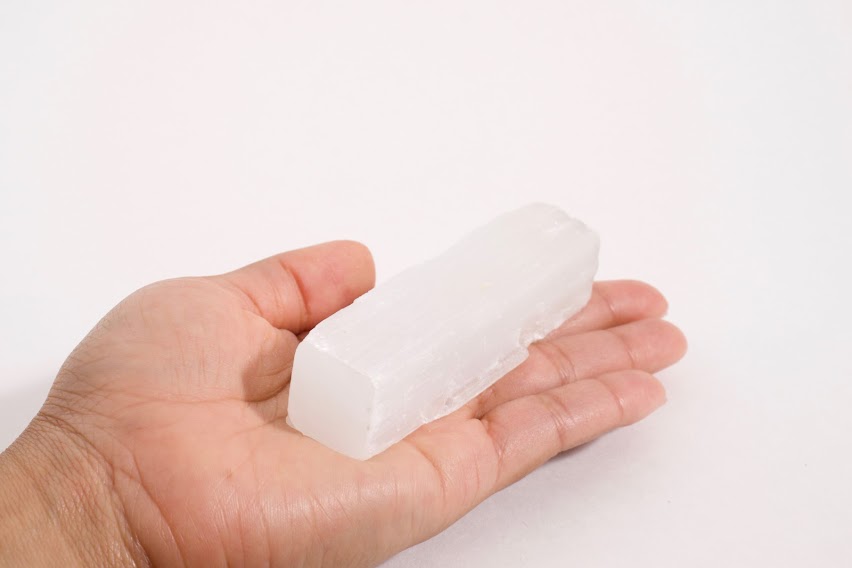 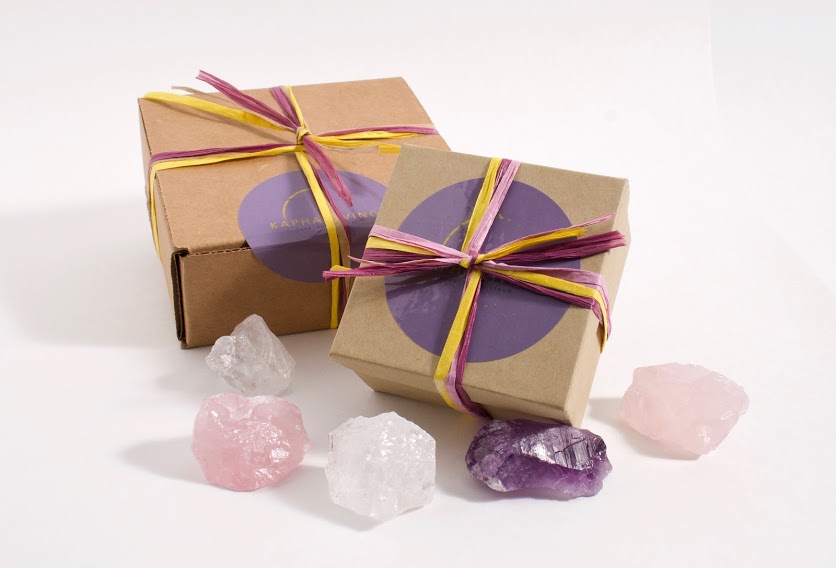 Our mini cleansing & clearing set contains the basics you need to help create and maintain a light, inviting and peaceful atmosphere in your home. It includes a White Sage stick, Palo Santo sticks, and a large piece of Selenite crystal.

White Sage – Sage is a sacred plant that has been used since ancient times as a purifier. Throughout history, sage cleansing, also known as smudging, has been used as a way to heal, protect, improve intuition, and boost defense against disease. The practice involves burning sage leaves and letting the smoke purify the air in the space, driving out negative energy and restoring balance. Burning sage relieves worries, clears negative emotions, and harmonizes the body by improving mood and reducing stress and anxiety. Smudging is one of the most effective ways to swiftly clear negative energy in a home and it also creates a protective barrier against harmful energy. As the smoke vanishes away, it takes with it unwanted energy such as lower vibrational energy, negative thoughts, words or the heavy feel from a past disagreement that may still be lingering in the space. Smudging can also be used to cleanse a person or an object of negative energies or influences and it is great for clearing your crystals and jewelry too! Further, Sage smoke has antimicrobial properties removing bacteria from the air.

Selenite – Selenite is one of the most powerful metaphysical crystal. A protective stone, Selenite has the ability to quickly unblock stagnant energy, dispel negative energy and shield a person or space from outside influences. It is known for its ability to cleanse, charge and magnify the energy of other crystals that are placed around it. As Selenite does not retain negative energy, it does not have to be cleared. Often referred to as “liquid light”, Selenite is recognized to flow positive energy into any room in which it’s placed. Use Selenite in a grid around your home or in the corners of a room to create a safe and peaceful space. A large piece placed in the house ensures a peaceful atmosphere.

Palo Santo – Palo Santo is another excellent energy cleansing tool. Meaning “Holy Wood” in Spanish, Palo Santo comes from the Palo Santo tree found only in South America. When burned, the smoke is believed to have therapeutic healing powers as well as a purifying and cleansing energy. Palo Santo bestows blessings, commands protection and brings good fortune. Its uplifting scent helps to raise one’s vibration. Palo Santo can also be used to cleanse your crystals and jewelry.

There are no reviews yet.